All India Meeting on Women Prisoners and Custodial Violence

“… it is not my suffering alone … there are many other women prisoners suffering …  like me, they were hunted and brought here, and then charged in false cases. (Every) day people introduce me to new stories of their sufferings … They tell me that they were not able to fight back because there was no one to support them … After hearing their stories of torture, my own suffering appears small… (you) have to do something for these women also … my struggle is not my struggle alone, but it has become everyone’s struggle”

–From the letters of Soni Sori from prison, November 2011

(Click here to see the Programme for 31st March)

END_OF_DOCUMENT_TOKEN_TO_BE_REPLACED

On March 8th, 2012, as Soni Sori spent another day in Raipur jail, several human rights and women’s rights organizations from around the world paid tribute to her courage and resolve to fight for justice.

END_OF_DOCUMENT_TOKEN_TO_BE_REPLACED

UPHOLD THE RIGHTS OF WOMEN IN STRUGGLE

Let us on this historic day reaffirm our commitment to: 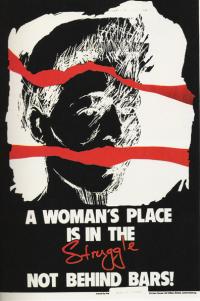 On this day, in 1857, women workers in the textile and garment industries in New York went on strike to protest against unfair wages, 12 hr working days, sexual harassment in the workplace and other inhuman working conditions. One of the first recorded strikes by women workers, they were fired upon by police and brutally repressed. Women’s participation in struggles increased subsequently across the world. So has the repression of the Indian state like many other countries, especially in the era of neo-liberal reforms.   The crushing of dissent is making more women step forward in India. Whether to protect forests or rivers, a dwelling place or land, the future of children or safety of the elderly, source of livelihood or the right to dignity, women across the country are in the forefront of these struggles in Odisha, Chhattisgarh, Jharkhand, West Bengal, Tamil Nadu, Maharashtra  and other states.
END_OF_DOCUMENT_TOKEN_TO_BE_REPLACED

WSS is alarmed to hear that Rekha Parganiha, an advocate from Bhilai, has been arrested on Sunday 4th March, for possession of “incriminating documents,” consisting of Bertolt Brecht, Bhagat Singh, Friedrich Engels  and Karl Marx!!!

She has been produced in court on March 5th and has been remanded in police custody for 5 days till March 10th.  We are concerned that the police custody seems to be overly long, and after Soni Sori’s experience with Chhattisgarh police, we are worried about the safety of all women activists taken into custody in Chhattisgarh, especially those charged with political offences.