Women Against Sexual Violence and State Repression (WSS) welcomes the Supreme Court order of 12th November, granting interim bail to Soni Sori and Lingaram Kodopi of Dantewada, who were arrested in October 2011 and have been incarcerated since then in Chhattisgarh on fabricated charges. Although a temporary reprieve, we hope that this interim bail will be converted into a regular bail in the next Supreme Court hearing on the matter on 3rd December. 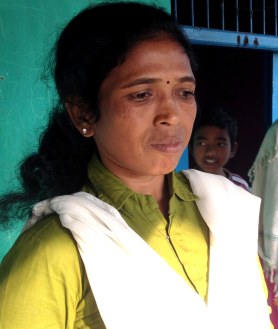 Soni Sori’s case is a representative one in several ways, of the increasingly undemocratic, repressive and unaccountable nature of the state in many parts of the country. Her case not only epitomizes the plight of thousands of other adivasis in Central India who are being picked up and imprisoned on charges not even known to them, and remain unheard and under-trials for several years. It is also one among the numerous cases that demonstrate that state institutions, especially security forces, too perpetrate and get away with sexual violence upon women.

In September 2011, Soni Sori and Linga Kodopi were accused of being conduits for transfer of money from the Essar company to Maoists. While Linga was arrested right away, Soni came to Delhi, where she attempted to expose the corrupt malpractices of the Chhattisgarh police in Bastar area. While she was in the process of filing a petition before the Supreme Court asking for a special investigation into the fabricated charges against her, she was arrested in Delhi and handed over to the Chhattisgarh police in October, despite her grave apprehensions of torture and ill-treatment by the Chhattisgarh police, which were explicitly mentioned to the metropolitan judge in Delhi before whom she was produced. As feared by her, she was subjected to brutal torture in Chhattisgarh police custody, which included stripping her, giving her electric shocks and inserting stones into her private parts.

Her tribulations in judicial custody continued, as she was denied medical treatment for several months, stripped in front of other prisoners in Raipur jail on the pretext of being searched and subjected to humiliation in myriad ways.While still in prison, Soni was made an accused in six other fabricated cases, of which she has since been acquitted in five and granted bail in the remaining case.

Soni suffered great personal tragedy when her mother passed away in mid-2012 due to the shock of her incarceration, her husband suffered a paralytic stroke and also passed away earlier this year, her father’s condition worsened on account of being shot by the Naxalites, and her three young children were separated and placed with different relatives. Soni was denied even interim bail on humanitarian grounds by the district court to perform the last rites for her husband. Soni and Lingaram have shown remarkable and inspiring courage and determination to fight for justice and dignity in face of all these problems of personal losses and brutal custodial torture.

Interestingly, while Soni was denied bail, the other primary co-accused in the same Essar case were granted bail shortly after their arrest around the same time as Linga and Soni– the Essar GM, DVCS Verma in January 2012 and contracter BK Lala in February. This fact in itself highlights the inequitable access to justice that exists between adivasi/ marginalized communities and the non-adivasi/corporate entities, a point even been noted by the Supreme Court in its order of interim bail.

Jails in the so called left-wing extremist affected areas of the country continue to be filled with under-trials like Soni Sori who are consistently denied justice, but who have few chances of approaching the Supreme Court. Another illuminating case is that of Aarti Majhi a young adivasi from Gajapathy, Odisha, who was gang raped by the security personnel who picked her up from her village past midnight in February 2011 and then imprisoned on fabricated charges. While Aarti has also been acquitted of all the charges in the six cases against her, after losing three years of her young life languishing in jail, no action whatsoever has been taken on her complaint of rape against the security men. Her petition for a judicial enquiry into the incident was shot down on flimsy grounds such as how would perpetrators be identified when she herself claims that her face was covered by a black cloth while being raped. Her revision petition is languishing in the Cuttack High Court for the past two years and the state refuses to even acknowledge that the crime ever took place.

Similarly justice has become a mirage for several families where women have been raped and murdered by security forces: Manorama in Manipur, 16 year old Meena Xalxo in Chhattisgarh, 17 year old Asiya and Nilofer in Shopian, mass rapes of young and old women in Kunan Poshpura. Examples abound where such sexual violence and custodial torture have been used by the state as weapons of dominance and repression. Very few cases reach the courts of law, where also the lower courts have usually not had the strength to challenge the police version.

Women’s rights and civil liberties groups across the country have been repeatedly raising their voices against the terrible human cost of the Indian state’s ongoing war in several parts of the country on insurgency and repression of democratic struggles against displacement, loss of livelihoods and violations of constitutional rights. WSS condemns this militaristic approach of the government that subverts people’s democratic aspirations and disposseses them in the name of nation-building and development, and calls for an end to the increasing militarization of all aspects of life, in tribal and other areas in particular.

We also seek accountability of all security and police forces; we renew our demand that Ankit Garg, the police official responsible for custodial sexual violence against Soni Sori, be stripped of his Gallantry Award and the sexual torture of Soni Sori that took place under his command be investigated and prosecuted.

We re-iterate the demand for the repeal of repressive laws such as the AFSPA, which grant legal immunity to armed personnel and place criminal acts perpetrated by army men while on active duty, such as rape and sexual assault, outside the jurisdiction of the ordinary criminal justice system. We reiterate our demand for deletion of the requirement of prior sanction for prosecution of a member of the armed forces or the Central Armed Police Forces, for all cases of rape or any other form of sexual violence; and that these should be tried as a civil offence before the ordinary criminal court.