Mumbai Protest Against Attacks on Soni Sori and Jaglag

Around a 100 students, teachers, writers, lawyers and activists demonstrated outside CST railway station in Mumbai to protest
1. The strong wave of discrimination-cum-hounding faced by students
(because of their political views of dissent) on campuses across the
country, and the repression that has followed.
2. The recent spate of attacks on activists, journalists and legal aid
workers in Chhattisgarh, the physical attack on Soni  Sori being the latest
and most grotesque.

The demonstration expressed solidarity with the rally held in New Delhi as part of the nationwide protest against the killing of Rohit Vemula and other state supported attacks on progressive voices. 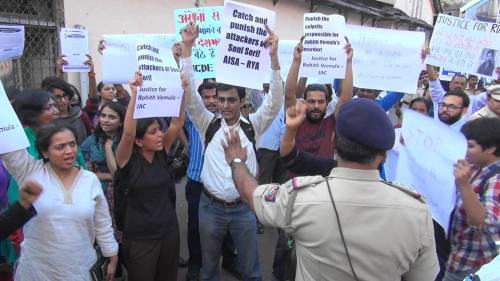 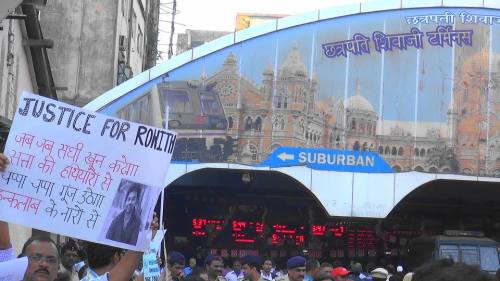