About 300 people – WSS activists, women activists from the National Union of Forest Working People, students from the march for Rohith Vemula – gathered at Jantar Mantar in Delhi on the evening of 23 February for a candlelight vigil  to mark Kashmiri Women’s Resistance Day. This is the anniversary of the gang rapes  of 25 women in Kunan Poshpora village of Kashmir, by soldiers of the Fourth Raj Rifles. The vigil was an expression of solidarity with the thousands of women in Kashmir, Manipur, Chhattisgarh and other parts of the country who are being subjected to sexual violence by the army and security forces.  Protesters sang songs of struggle and resistance, and reaffirmed their commitment to standing with women in exposing and opposing state violence. 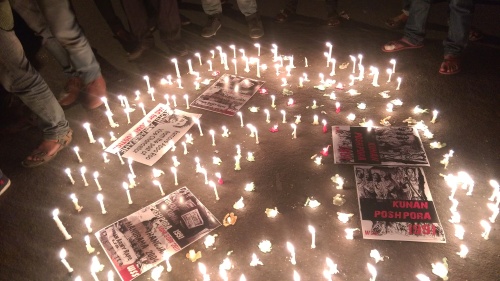 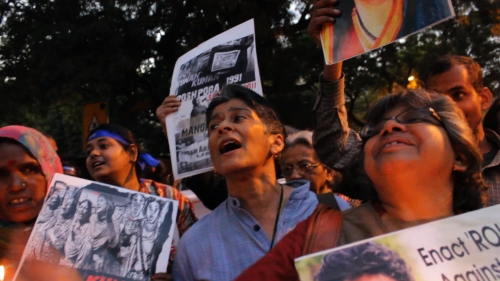 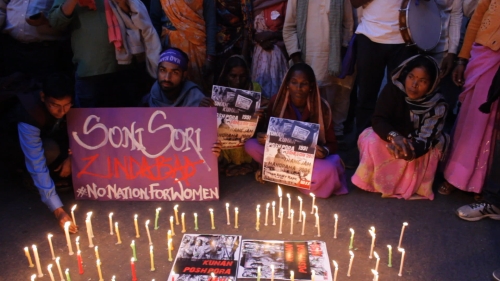