Women against Sexual Violence and State Repression (WSS) condemn the recent spate of genocidal violence unleashed by the Indian State on the adivasis of Central India in the form of ‘encounter’ killings in Gadchiroli district of Maharashtra and Bijapur district of Chhattisgarh. The alleged ‘encounter’, a term used in the subcontinent to describe the extra-judicial killing of citizens by the armed forces and police, in Gadchiroli district took place in the Maharashtra-Chhattisgarh border in the Rela-Kasnasur forest in the intervening night of 22nd-23rd April 2018. With more bodies being fished out of the Indravati River, the death toll of this alleged encounter has reached 39, nineteen of whom were women, all of whom killed by the Commando-60 (C-60) Squad of the Maharashtra Police and the Central Reserve Police Force (CRPF). This was quickly followed by another encounter in the neighbouring state of Chhattisgarh on the 27th of April 2018 where eight more were killed in an operation led by the notorious Greyhound force of the Telangana Anti-Naxal Unit along with Chhattisgarh Police and the CRPF. This alleged encounter took place near the Ipenta village in Bijapur district with six women among those declared dead. These extra-judicial killings have resulted in the death of 47 persons, several of whom are unidentified, and with fears of more persons, including minors, missing from the districts of Gadchiroli and Bijapur. Reports coming out of area reveal heartbreaking accounts of how villagers including children gathered for a marriage function were rounded up and killed without provocation by the security forces. END_OF_DOCUMENT_TOKEN_TO_BE_REPLACED

Pressnote on PIL on Extra-Judicial Killings in Bijapur, Chhattisgarh

Even as the Bastar police celebrate their “success” in having killed over a hundred alleged Naxalites this year, a Public Interest Litigation challenging the spate of encounters in Bijapur has been filed before the Chhattisgarh High Court in Bilaspur. The petitioners are two young women from Korcholi with extra-ordinary grit and determination –Suneeta Pottam (19 years old).and Munni Pottam (18 years old), who have been supported in this effort by a national women’s organization, the WSS (wssnet.org) as the third petitioner. 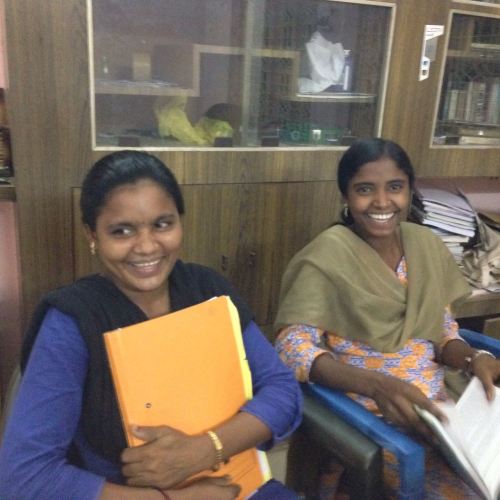 (The Petitioners, Suneeta Pottam and Munni Pottam, with a copy of their petition, in their lawyer’s office) END_OF_DOCUMENT_TOKEN_TO_BE_REPLACED

Statement on the Attacks on Human Rights Defenders in Chhattisgarh

END_OF_DOCUMENT_TOKEN_TO_BE_REPLACED

Three years ago, a young woman was brutally gang raped and murdered on a Delhi bus. The incident sparked unprecedented outrage – it brought thousands onto the streets, it ‘shocked the collective conscience of the nation’ and even led to an amendment of existing rape laws. It marked an important moment in India’s history, making for a shift in the discourse that surrounds sexual violence. Despite the rabid calls for capital punishment, the multitude of voices that were heard then, allowed for an expanded dialogue on rape – issues of rape within marriage and family, the need to repeal laws such as the Armed Forces Special Powers Act (AFSPA) and include a special subsection on rapes committed by security forces, and the move away from seeing rape as the fault of the victim – informed and changed the nature of public discourse on sexual violence.

But while laws can be amended within the year, and courts fast-tracked, the everyday lives of most women continue to be informed by violence. Particularly those women who are economically and socially marginalized. As Kalpana Sharma reminds us, it should not take an anniversary or 16 days of activism to be reminded of something that happens everyday. END_OF_DOCUMENT_TOKEN_TO_BE_REPLACED

As the history books told us how the victorious king’s armies plundered after the occupation – Will the state continue to do the same under the garb of naxal operations and road-development work?

As an all-India fact-finding team of women, we were visiting Bastar to look at the status of women in conflict areas. When our team reached Jagdalpur and Bijapur, we were informed by the local journalists that there has been talk of rape and encounter killings in the Sarkeguda area but they have not been able to access the areas to get accurate information as the security forces had stopped them.

On Friday, October 30, our team informed the District Collector before setting out so that there would not be any problem in accessing the area. It was market day in Basaguda. We met many people from the villages where the recent incidents had occurred. Not in ones and twos, but in tens and twenties, the women shared their experiences of sexual violence including – molestation and rape physical beating, verbal abuse and threats, destruction and looting of property near Basaguda, Bijapur by the security forces and police who had come in 3 – 4 batches when they patrolled the villages starting from October 19/ 20 till October 24, 2015. The affected villages are – Chinnagelur, Peddagelur, Gundam and Burgicheru.